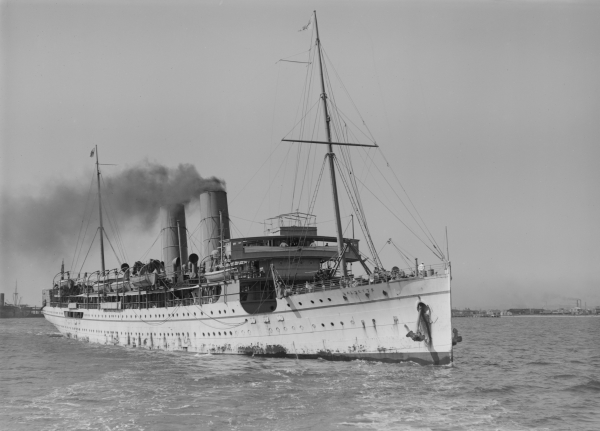 The Salsette (2) was built for P&O by Caird & Co., Greenock, and launched on 2 April 1908. Twin bronze screws were powered by 10,000hp quadruple-expansion steam engines. Capacity for 140 first-class and 121 second-class passengers. Primarily operated on the express service from Aden to Bombay.

On 19 July 1917 Salsette (2) sailed from London under the command of Captain Albert Borlase Armitage, bound for Bombay, with passengers, general cargo and pay for the troops in Egypt. Shortly after rounding Portland Bill the following day the ship was struck by a torpedo fired from UB 40. Captain Armitage was the last to leave his sinking ship and witnessed the vessel's final moments from his lifeboat, seeing the ship turn and nosedive fifty minutes after the torpedo had struck. All the passengers got off safely but 15 lascar engine room crew lost their lives: 10 firemen, 4 trimmers and a tindal. The survivors were picked up after twenty minutes and landed in Weymouth.

The wreck rests on the port side at 45 degrees on a flat, sandy seabed. Although much of the upper-deck superstructure has collapsed, the hull is still largely intact for the full length of the vessel. The maximum depth is 45m and the highest point of the wreck is the starboard railings at 32m. Monofilament line covers much of the wreck, requiring extra diligence, particularly in poor visibility.

The Salsette (2) carried a defensive 4.7in gun and this is still mounted on the deck above the stern. The starboard prop shaft is exposed but the bronze propeller has been salvaged. Some wooden decking remains in place and can be seen throughout the length of the wreck. Moving forward, there is a short break in the starboard side of the hull, followed by the remains of a cargo crane and a mast. An open space in the deck permits access to engine room areas from where it is possible to penetrate deeper into the wreck and out through the torpedo hole on the starboard side.

There are two large cylindrical tanks on the open deck, beyond which is a large winch. From here the central third of the wreck follows a similar pattern of holes and deck until reaching the forecastle section where there are two more cranes. Past the forward hold and down inside a hole is a bathtub. A large anchor winch indicates arrival at the bow where the anchor chains file down through the hawse pipes, ending with the anchors, which both still sit snugly in place. 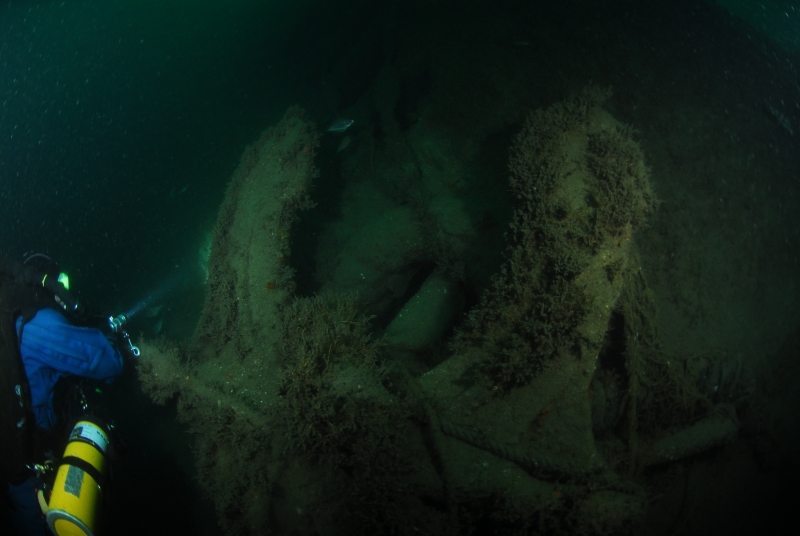 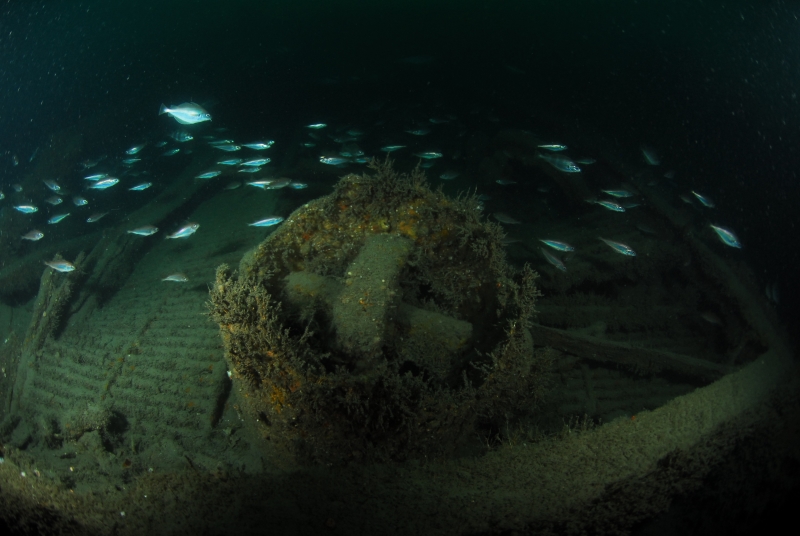 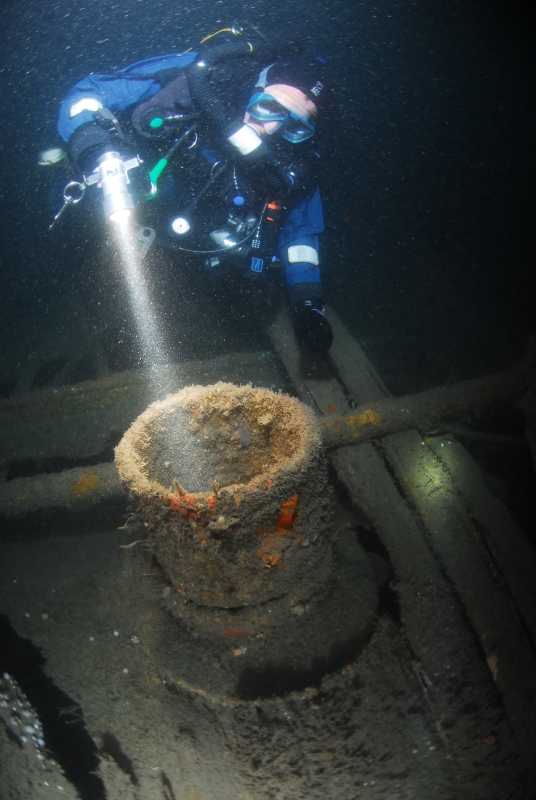 SCUBA diving on the wreck of the Salsette, by Dory Video